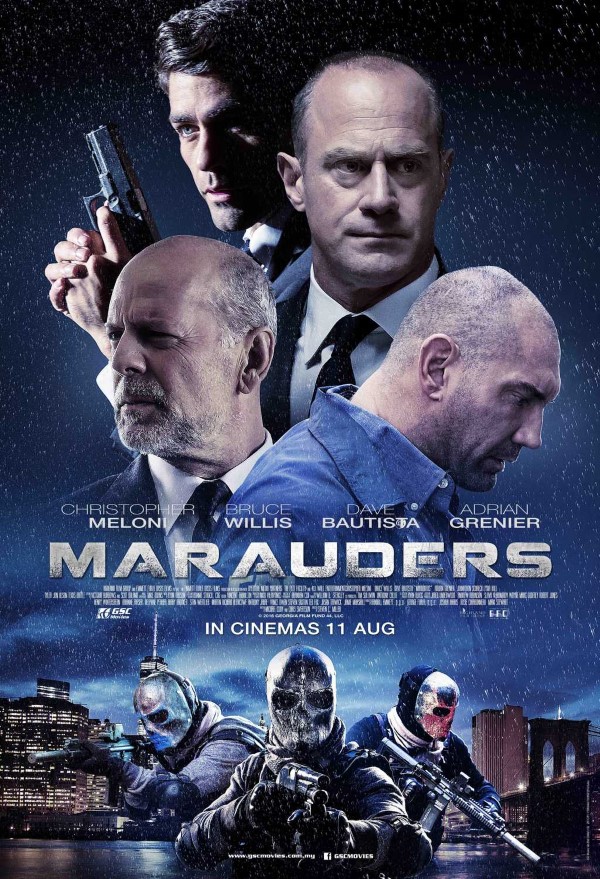 An explosive action heist thriller, MARAUDERS follows a veteran detective--MONTGOMERY---hardened by the loss of his murdered wife, who is given the task of hunting down a group of highly skilled bank robbers. Upon further investigation, Montgomery discovers that these individuals are not just after the money, but have personal vendettas within the banking organizations and they plan to not only rob them but kill them. As he delves into this dangerous world, not only does he enter a race against time to catch the robbers he must also discover who from his team is posing an unexpected threat to their entire operation.

DAVE BAUTISTA Guardians of the Galaxy