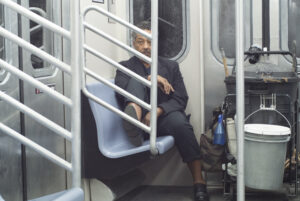 Michael Berry wrote and directed, adapting the stage musical by Riley Thomas. The music and songs in the film are all original with musical styles specific to each character – a lyrical and musical extension of their culture, thoughts, story and experience with elements of Pop, R&B, Rock, Classical and Motown. A soundtrack will soon be available.

An original pop musical film about six commuters who get stuck together on a New York City subway. Through the power of music, they learn about each other’s lives and, in turn, have a profound effect on one another. Connecting across lines of race, culture and class in a way that only situations of circumstance or happenstance can create, this will be a day that none of them will ever forget.