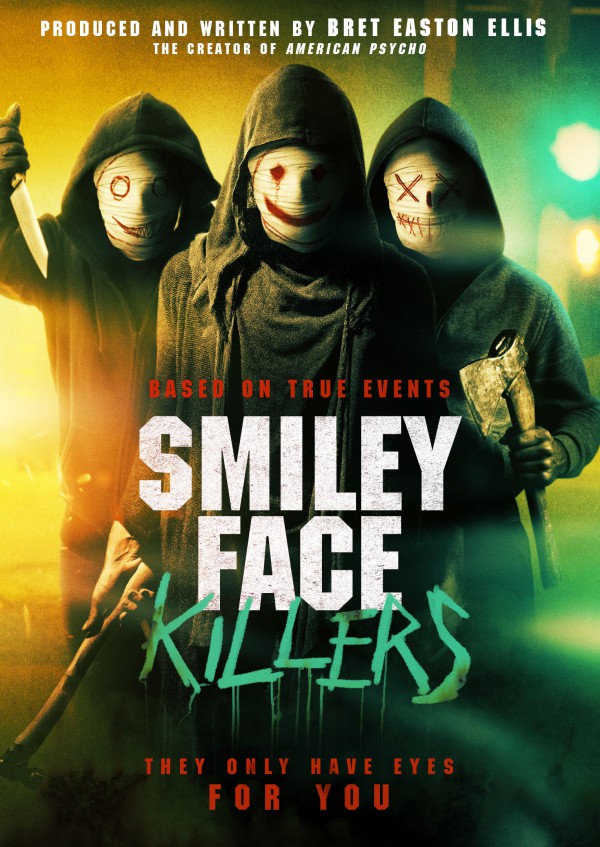 Based on horrific true events, Bret Easton Ellis (brilliant creator of AMERICAN PSYCHO) untwists this frightening tale in his unique style. The story of handsome young soccer player Jake Graham (Ronan Rubinstein) who believes he is going insane, unable to shake the feeling of being stalked by something, by someone. His friends and everyone around him believe he’s just anxious and prone to paranoia but Jake is actually being followed by a small group of serial killers led by a deformed and terrifying “guru” (Crispin Glover). They abduct, torture and kill attractive male students and then float the corpses in water, leaving a smiley face as their signature. The perverse mind games advance and they force their newest prey into isolation as the Smiley Face Killers prepare for the ultimate sacrifice.