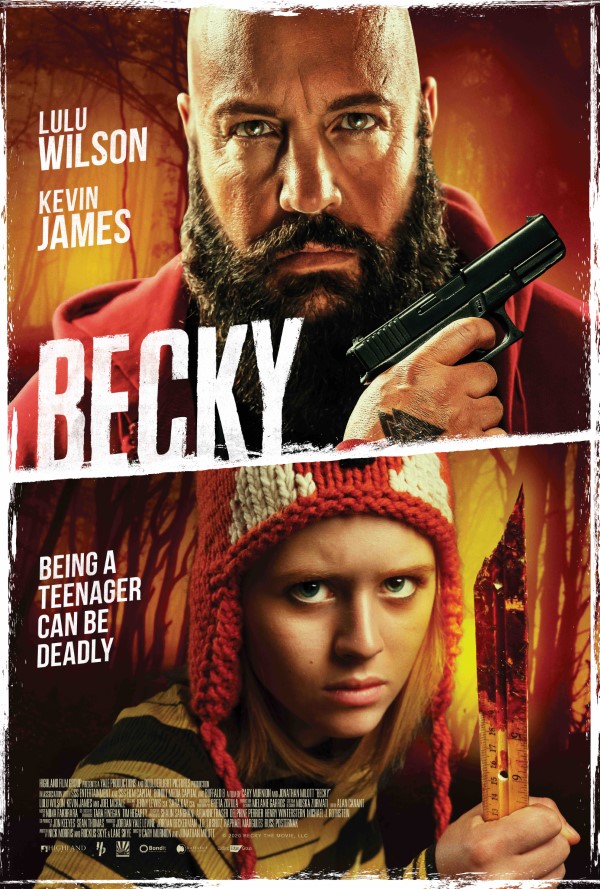 Still grieving the loss of her mother, spunky rebellious 14-year-old Becky (Lulu Wilson) is brought to a weekend getaway at a lake house by her father (Joel McHale) in an effort to try to reconnect. The trip immediately takes a turn for the worse when her father's new girlfriend and her son show up as well. But tonight, this is the least of Becky's problems: a group of murderous convicts on the run, led by the merciless Dominick (Kevin James), suddenly invade the lake house. As the criminals take the family hostage, Becky, not daddy's little girl anymore, decides to take matters into her own hands. Dominick and his gang think they are the predators, but in the eyes of Becky, she's finally found her prey.