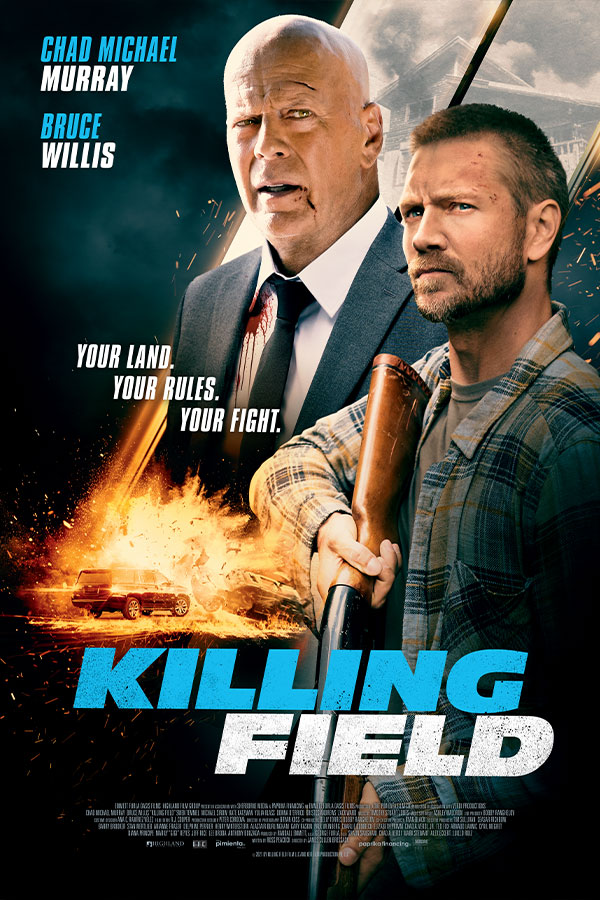 David (Bruce Willis) is a decorated cop working to bring down one of the most dangerous drug operations in America. Unfortunately, Cal, David’s fiery partner, pre-maturely attempts a drug bust which ends in a shootout with David captured. Cal refuses to give up and chases the gang members down a dirt road leading to a large farm. Eric (Chad Michael Murray), a brave Iraq war veteran who reinvented himself as a farmer, must quickly deal with the extreme situation that has developed on his property and gets entangled in the battle. Weaving throughout the land and away from danger, he surprises them by knowing his way around a shotgun. Meanwhile the gang tortures David trying to get his information, but he just won’t break. After taking out a good number of men, David frees himself but the Drug Lord is on his way with reinforcements to take them out, turning the farm into an all-out war zone. David, Cal and Eric band together and fight to survive long enough for David to finish what he started and take down the head of the brutal drug ring.

JAMES CULLEN BRESSACK Beyond The Law

LUILLO RUIZ Midnight In The Switchgrass

CHAD A. VERDI The Irishman