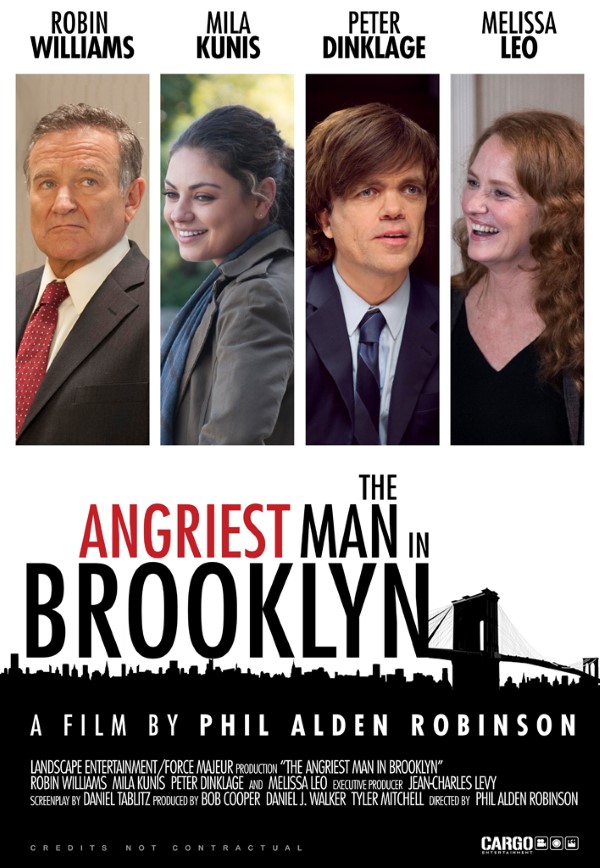 The Angriest Man In Brooklyn

When Henry Altmann (Robin Williams) is falsely told he has 90 minutes to live, he enters a race against time to cross every item off his bucket list, including proving his love to his wife (Melissa Leo). Meanwhile, the young Dr. Sharon Gill (Mila Kunis) frantically tries to find him to explain her false diagnosis in an unusual adventure that will bring these two very unique characters together.