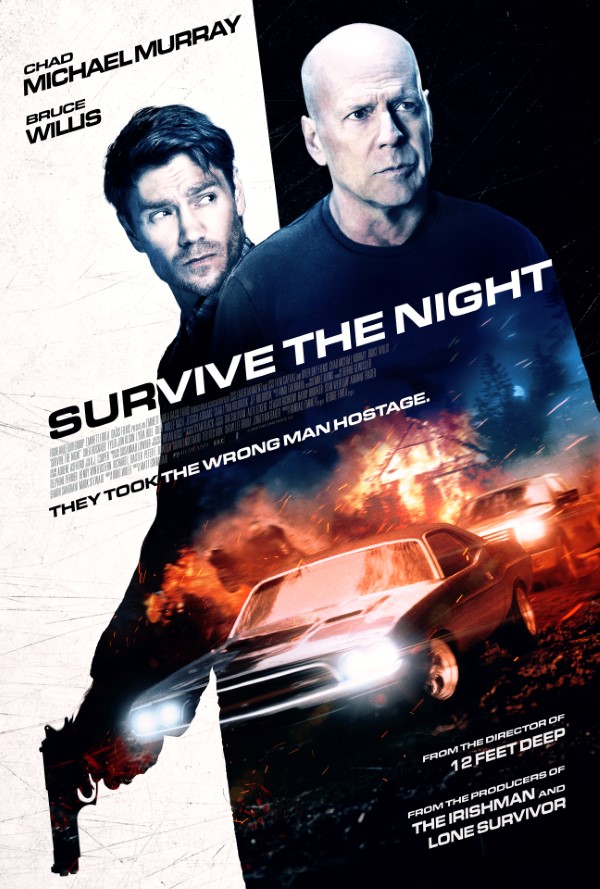 Rugged, unwearied Frank (Bruce Willis) teams up with his hardworking son, Rich (Chad Michael Murray), after two criminals on the run from a burglary gone wild break into their remote country home. Forcefully held hostage after a violent brawl, Rich's family is trapped alone with these dangerous thieves as Rich and Frank try to save the family from outside. Left with no other options, Frank bravely distracts the robbers by engaging in an intense car chase while Rich goes back in to help his wife and his daughter. The pair will uncover their strengths as they try to save and protect those they love most. In an attempt to survive the night and get out alive, this ultimate test of the father-son relationship will bring this family closer than ever.